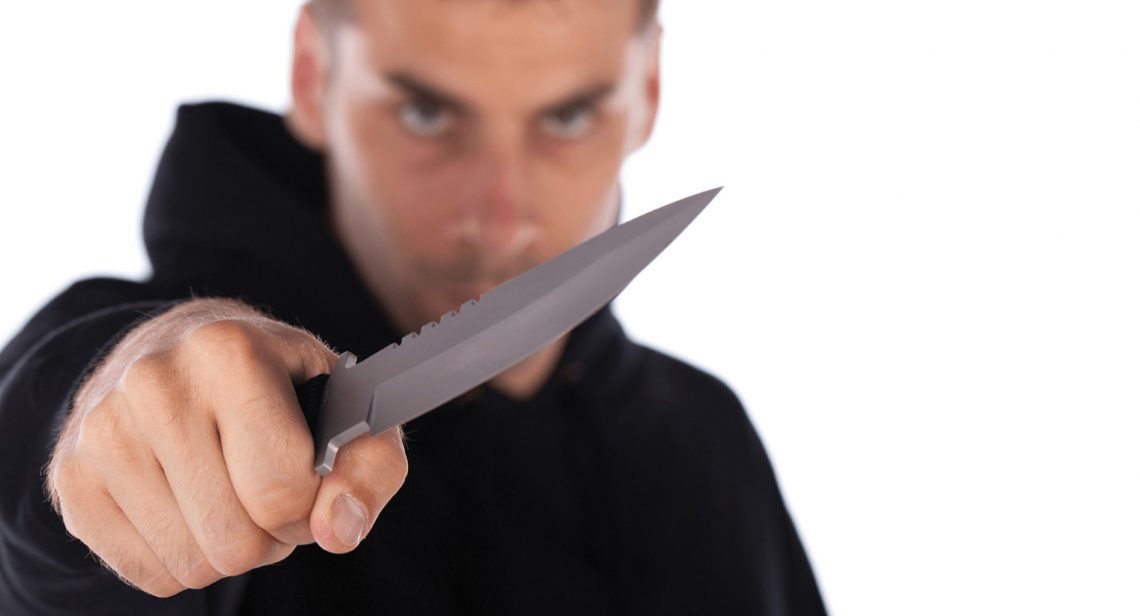 The power of mindset — and the effect our training has on its development — may only become clear when tested under extreme circumstances.

It’s late one night in the mid-’90s. I walk into a room of the building where I work, and suddenly a stranger confronts me. The man, who arrived only moments earlier, is clearly intoxicated and has anger in his eyes. His right hand shoots to his waistline and he pulls out a knife. I can see that it has been modified and shaped to allow for easy concealment.

We stand, watching each other, with less than two metres between us. He holds the knife low by his side and just stares at me, saying nothing. Instead, he lets his stance and his weapon speak for him — and I’m hearing him loud and clear. To anyone looking at this situation from the outside, it might have appeared that he was in charge. But a look inside our heads could have told a different story.

When this incident occurred, I was working in a small country town ‘sober-up’ centre as part of an Indigenous program run in conjunction with Victoria Police. I had many friends in the police force, as my wife at the time was a senior constable. I also had many Aboriginal friends who were training with me in Brazilian jiu-jitsu and full-contact karate. I’d been involved in several youth education programs prior to the sober-up centre, and I’d had great success using martial arts to help me connect with young people. As a result, I was asked to get involved with more projects over time. I was happy to help, as I’d built friendships within the local Aboriginal community that remain strong to this day.

So, I was on call when the phone rang late in the night. I made the short drive to the sober-up centre to find the police had already arrived. They had a man with them, who I didn’t know but had seen around town. While one constable escorted the man to the sign-in room, his partner explained the situation: As far as the police were concerned, all had gone smoothly with getting the man off the street and to the centre. So with that, they left and I went inside to the sign-in room.

Later, it occurred to me that the man’s ‘good behaviour’ toward the police may have been the reason why they’d missed his concealed weapon during the standard body search. But that was of no importance as I stood facing this man and his knife, alone in a room.

At that stage of my life I’d been in the army for close to 10 years, but had transferred to the Army Reserve some years prior. I had a blue belt in BJJ and black belts in karate, taekwondo and aikido — less than half of the martial arts experience and qualifications I hold now, and even less when it comes to the military. I had not yet re-enlisted in the regular army and I had not been to war. In fact, I had no combat experience whatsoever. But of course, the crises in life tend not to wait until we’re ready to experience them. So there I was, ready or not.

Yet, as it all played out in front of me, I did feel ready. I felt a confidence that, even with my extensive training and experience up to that point, might seem at odds with the situation. I’m not sure how long that feeling had resided in me at that point, but it certainly became apparent in that moment, and has never left.

We stared at each other for what seemed like ages, but would have been a few seconds at most. No thoughts went through my head. I felt no fear (as foolish as it may seem in hindsight), just an overwhelming sense that I was going to have to kill this man. With that realisation, my mind began racing through the reasons for what I was about to do. I needed to be certain that it would be a ‘good kill’ — a term used in war for a killing that is morally justified and legally within the rules of engagement. I’ve been in similar situations many times since then while leading Commando teams in Iraq and Afghanistan — but this was the first.

Now, I have no idea of what my would-be attacker saw in my eyes at that moment, but can only assume that he was looking for fear and didn’t get what he needed. Without either of us moving or saying a word, he dropped the knife and began to sob. As he began apologising over and over again, I snapped right back into social-worker mode: “No problem, mate, let’s get you cleaned up and into a bed for the night.”

Reflecting on the incident later, I concluded that, put simply, his confidence had not been given the fuel required for him to continue. That fuel, of course, was a certain level of perceptible fear. A level that would allow him to believe that he  was the predator, and I could be his prey.

The lesson I learned that night had nothing to do with technique or tactics — it was all about the power of mindset.