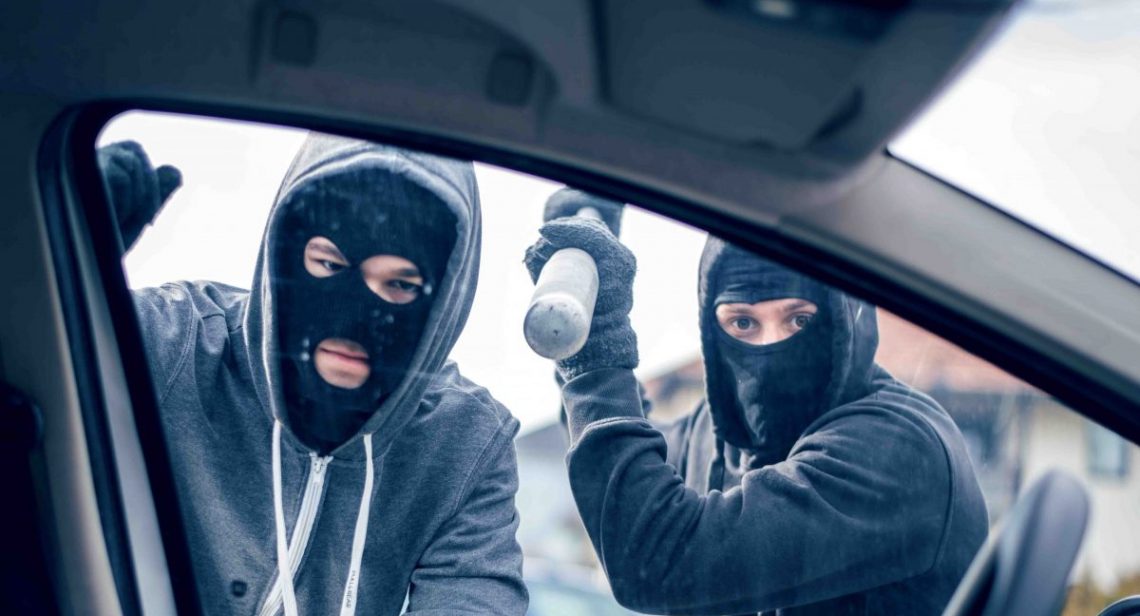 FLICK THE SWITCH VIA CONDITIONED RESPONSE

You’re a generally calm, sociable human being…so how do you learn to mentally ‘flick the switch’ and become an instrument of violence when your life is under threat? Try this oldie-but-goody: the Stimulus/Conditioned Response Training Principle.

Before we get into the psychology of the Stimulus/Conditioned Response Training Principle, let’s do a little visualisation:

You’re a police officer on duty. You’re reasonably new to the job and you’ve never had to draw a weapon outside the police academy’s firing range.

Today you’re flying solo and following up a benign complaint at an office building. But soon after entering the premises, you hear shots fired from a nearby room…then, the unmistakable sounds of panic. Terrified people are screaming and running. Your instinct is to run for cover, too — but you’re a police officer. You’re that ‘thin blue line’ between an active shooter and unarmed people who need your help. So you fight the fear and draw your firearm.

You approach the noise, hoping that the gunman has gone and that nobody is hurt. You look inside the room for the shooter, who you don’t really want to find. Running through your mind is how you don’t enjoy firing your gun on training days and only do the minimum amount of shooting required by the police department. You’re nervous, knowing how you struggle to hit a paper target during those twice-yearly training sessions in calm, optimal conditions. Now, your finger seems frozen beside the trigger…

In a life-or-death situation, there is always an element of fear. It is there to aid in our survival. But if we’re overwhelmed by it, it’s likely to cause a ‘freeze’ response — never helpful when survival demands something different.

You’ve no doubt heard of the Russian physiologist Ivan Pavlov — or at least you’ve heard of his dogs. His series of experiments now known as ‘Pavlov’s Dogs’ proved that canines could be trained to produce automatic responses (in their case, salivation) to unrelated stimuli (a bell). This was done by making an association between the smell and sight of food — which naturally causes a dog to salivate — and the sound of a dinner bell. Conditioning the dogs this way meant that, eventually, ringing the bell would cause the dogs to salivate even in the absence of any food.

That’s all old news, of course, but the basic principle Pavlov discovered has since been advanced and applied to all manner of other creatures, including humans.

The automatic physiological responses we humans can have in a crisis are not optional (hence the term ‘automatic’). However, their effects and severity are dependent on our individual physical make-up, personality, experience and — most importantly — training. For the untrained and untested, these reactions can be emotional, unpredictable and often undesirable. This is why we in the military apply the much-tested Stimulus/Conditioned Response Training Principle that Pavlov pioneered.

A trained response to expected stimulus removes the sense of overwhelming fear from a high-stakes, action–reaction situation like the one described above. It also reduces the need for making decisions in the heat of the moment — especially those decisions that would be influenced by emotion and, specifically, fear. In the army, we refer to this trained stimulus-response sequence as ‘flicking the switch’.

In the average workplace, everything possible is done to avoid dangerous situations. But things are very different for ‘frontline’ personnel. Even though mitigation of risk and harm is built into their workplace practices too, soldiers, police, paramedics and the like can’t simply avoid danger. Instead, it’s their job to go towards it. Combat soldiers, in particular, must face danger head-on, not only without freezing up but with the expectation that they perform consistently and with precision. They cannot achieve this level of competence by avoiding life-threatening situations. In fact, such situations are integral for soldiers training to face the true enemy of achievement: fear.

The fact is that when the pressure rises, people rarely rise to meet it; instead, they sink to their level of training. To put it in other words, when the proverbial brown stuff hits the rotor blades of your evac’ helo, you will go to what you know. And that applies to mental/emotional training as much as it does to our physical skills.

‘Sink’ to a Higher Level

If you want to rise to the occasion, whatever it may be, training to match the expected level of performance is essential. However, the training must not only be relevant in its content — meaning, skill sets — but in its context — meaning, situations. For example, let’s say your martial arts instructor teaches you how to block and counter a variety of well-executed punch and kick combinations while utilising 12 square metres of matted floor. You’re fast in your reactions, and accurate and powerful with your counters. So you’re fight-ready, right?

Not so fast, grasshopper. What happens when your adversary’s strikes aren’t well executed? What if they have no predictable rhythm and form, but instead come in wild flurries, from random and unusual angles? And he doesn’t seem to mind a punch in the face? What about when your expanse of soft matting is replaced by a small square of concrete floor, with an open stairway on one side? And the floor is slippery from the spew of the drunk who’s now hurling his fists at you?

Even if you haven’t experienced real violence, it doesn’t take much imagination to see why context and relevance are key components of effective combatives training. This is especially so if you want to effectively utilise the Stimulus/Conditioned Response Training Principle.

Fear can’t be avoided, but it can be managed by practising a conditioned response to relevant stimulus. Let’s say you’re in the pub and a stranger pushes you in the chest (stimulus), so you eyeball them and shove them back (response). This response is emotional, not conditioned. I don’t know of any self-defence schools where students practise shoving their opponent’s chest as a response to being pushed, do you? Such a reaction is a form of posturing common to alpha males throughout the animal kingdom. And, for the most part, that’s where it should stay. It’s rarely helpful in a modern setting, and especially not on the battlefield.

So, when training combat soldiers, we instead want to condition a ‘hunting’ response to a threat stimulus. That way, whatever is perceived as a potential threat is transformed, mentally, into potential pray.

Be Ready to Shoot

Let’s take a second look at our first scenario — responding to a shooting — but with a different take on it this time:

Again, you’re a cop. Same situation, but this time imagine that you are part of an elite tactical assault group. Your mindset is completely different. You hear the shots fired, and you immediately draw your firearm, which you shoot several times a week. You know how to rapidly engage multiple targets with precision shooting, while under time pressure and in difficult environments. You’re drawn to the shooting like a moth to a flame. You burst into the room, hunting for the gunman. You want to stop him from harming others, and you’ll use any means necessary to do it…

Here we have the same situation as before: shots fired, and an armed law-enforcement officer having to respond alone. Yet we see completely different mindsets at play. Why? It comes down to training, not just of the physical skills required, but how we link stimulus to the desired response that we’re practising.

When we flick the switch, it’s not to become aggressive or to access anger to fuel our response. Instead, we switch to a specific, predetermined setting: that of calm, calculated hunter. This is enabled by taking prescribed physical actions that not only have direct practical utility in combat situations, but can, in some cases, also have a deep psychological influence. One example of the latter is changing our posture.

If you react with emotion, it’s not you flicking your switch — it’s someone else pushing your buttons. Don’t let them. We must control our emotions because if we don’t, clear thought will be compromised. While a controlled stress response can actually enhance performance (as is the biological intention of the ‘adrenaline dump’ we experience), if we start to focus on the stress itself, instead of the actions required by the situation, we find ourselves in trouble.

This is when the Stimulus/Conditioned Response Training Principle comes to the fore: It enables us to shift our mental focus onto enacting efficient conditioned responses to situations that might otherwise cripple us with fear and confusion — and, as a result, indecision.

Martial arts training or combative sports can help teach us to override emotions and stress via physiological control (e.g. breathing techniques). But they won’t provide the right stimuli to condition the specific responses required on the battlefield…or in your workplace, for example. You can definitely learn how to flick your switch via combat sports, but the stimuli that engages the switch will rarely match the stimuli found outside the sporting arena. Martial arts training is great for acquiring skills and increasing our resilience on multiple fronts — both of which were key reasons the Australian Defence Force established its Martial Arts Association (ADFMAA) to complement the Australian Army Combatives Program (ACP) However, if we want to instil effective conditioned responses, more specific training is required.

If your martial art or self-defence course has given you skills you can use, what you then need is an instructor with an intimate understanding of violence. Their job is to guide you in linking your applicable skills to the right stimuli. That is, the kind of stimuli that heralds violence in the real world — like a little spilled beer on the forearm might be the precursor to the aforementioned shove in the chest.

To ingrain responses that can save your life, you must begin at the end. In Kinetic Fighting this is a key principle, which we call ‘knowing your end state’. It means you must first imagine the situation/s you are likely to experience in your chosen career, living situation, community, sport…whatever it is you’re training to do, in whatever environments you want to do it. Then think about worst-case scenarios in those situations, and what your aim would be if caught up in it. What would be the ideal outcome, physically, legally and morally? The answers to those questions will go some way to helping you identify the type of training you need. But whatever that looks like, remember: the response cannot be trained independently of the stimulus.

So, give it some thought. Are you ready to flick your switch? Or do you not even know where to find it?