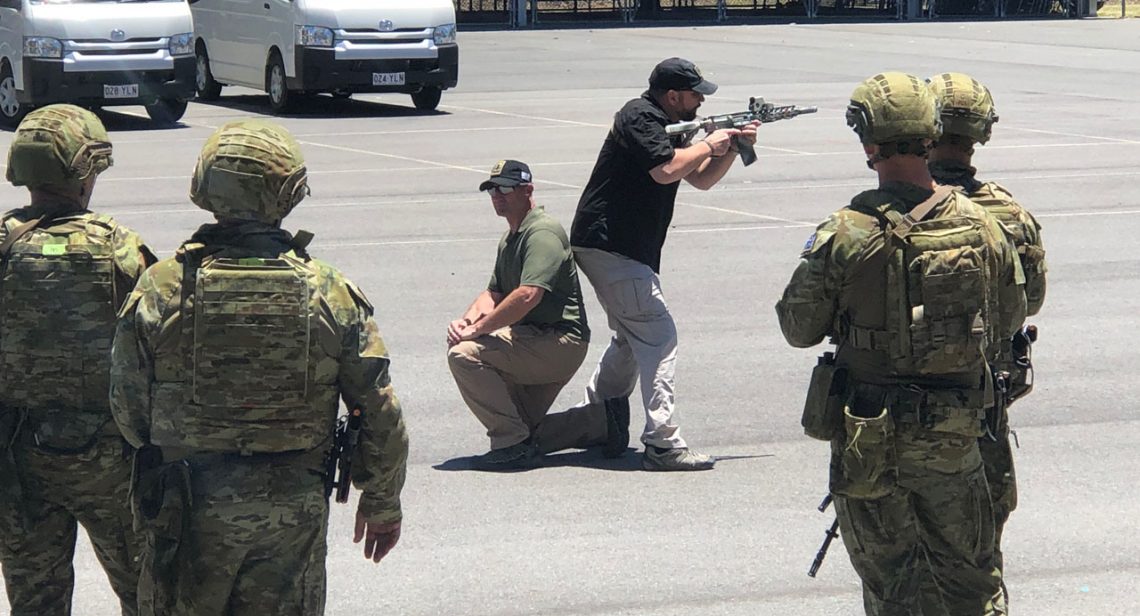 KEF Group has trained 600 Australian military personnel in 2018, providing programs, trainers and subject-matter expertise across a variety of combat-related disciplines.

Cale said that, regardless of the skill set being taught, it’s imperative that each course caters to the team or individuals doing the training.

“Kinetic Fighting was developed in the armed forces, but its principles have global application. These principles underpin our training programs, but each program is designed specifically for the industry in which that training will be applied,” he said. “To be most effective, the course must be highly relevant to the needs of the professionals we’re working with — so we make sure that it is.”

In the case of soldiers, it all comes back to their weapons systems.

“We work off people’s primary skill sets,” Cale explained. “A soldier’s primary skill set is shooting, so I don’t try to change that — I want to make it more effective. If I talk in the language of the gun to a soldier, they pick things up very quickly, so that’s what I do. From there, I show how they can quickly and easily, as a team, become more capable and less lethal — meaning their ability to apply effective non-lethal techniques is enhanced, while they maintain the ability to go lethal if necessary. The training actually helps potentially lethal operators have a plausible less-than-lethal option.

“Infantry soldiers may not carry a pistol, for instance, whereas Special Forces operators will carry a pistol and do a change-over [from weapon to weapon] — so straight away that changes some of the things I do with my training. The same principles are used, but how far we go and the way we leverage off their core skills differs. If they are mostly a CQB [close-quarters battle] unit, I’m going to leverage off their CQB training. If their training is mostly infantry style, then I’m going to use that.” 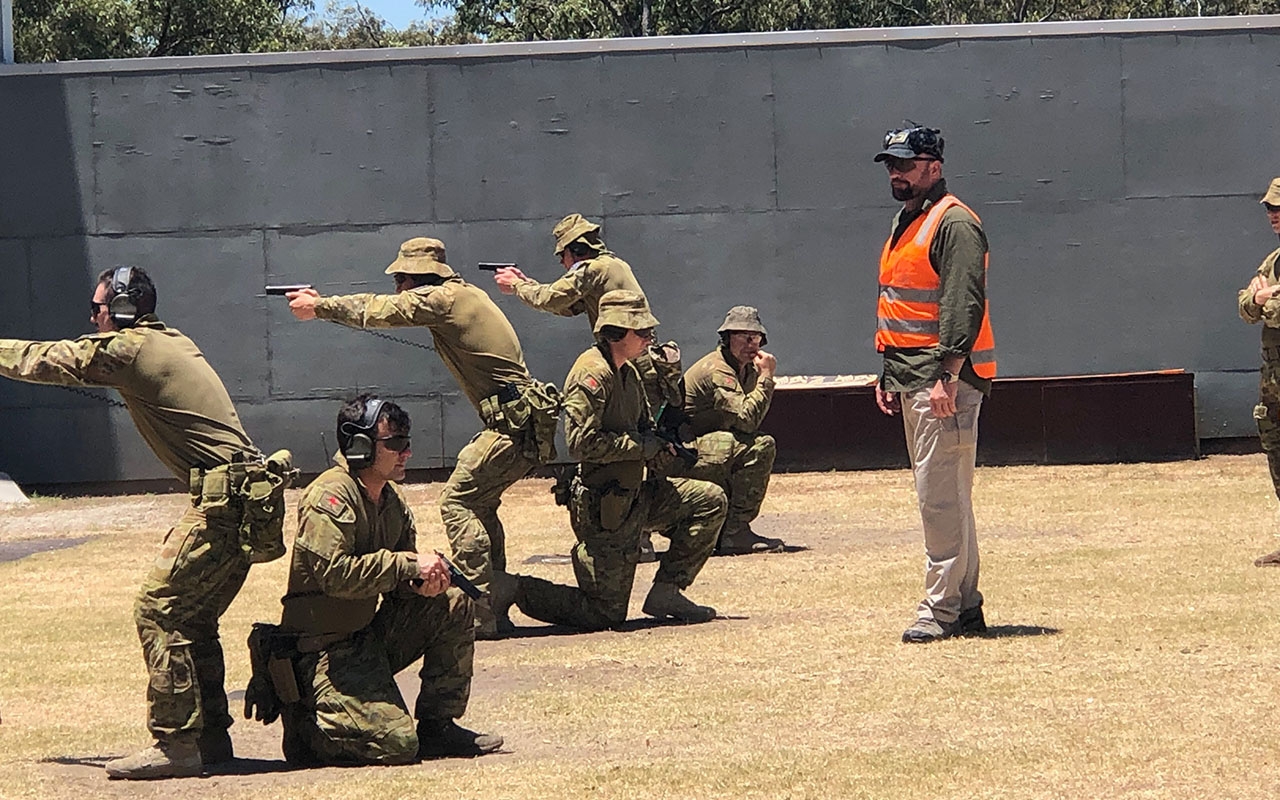 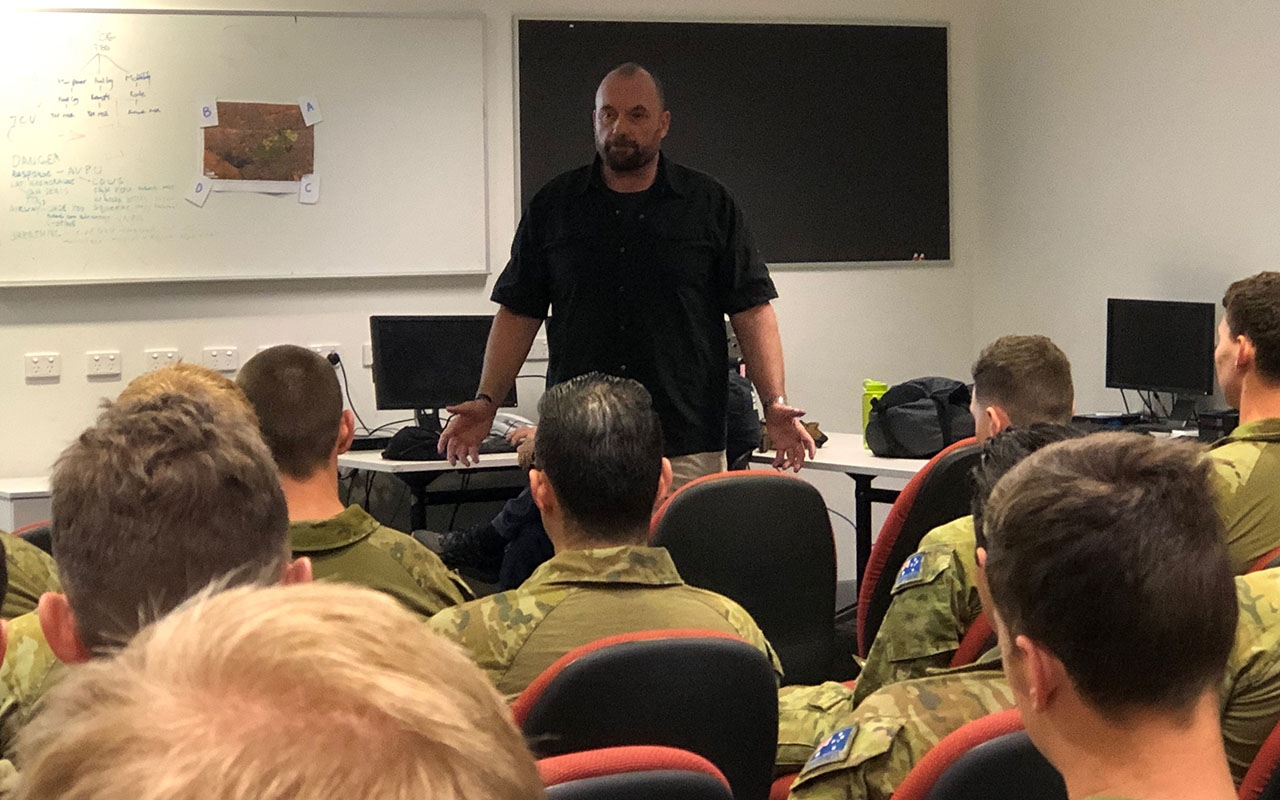 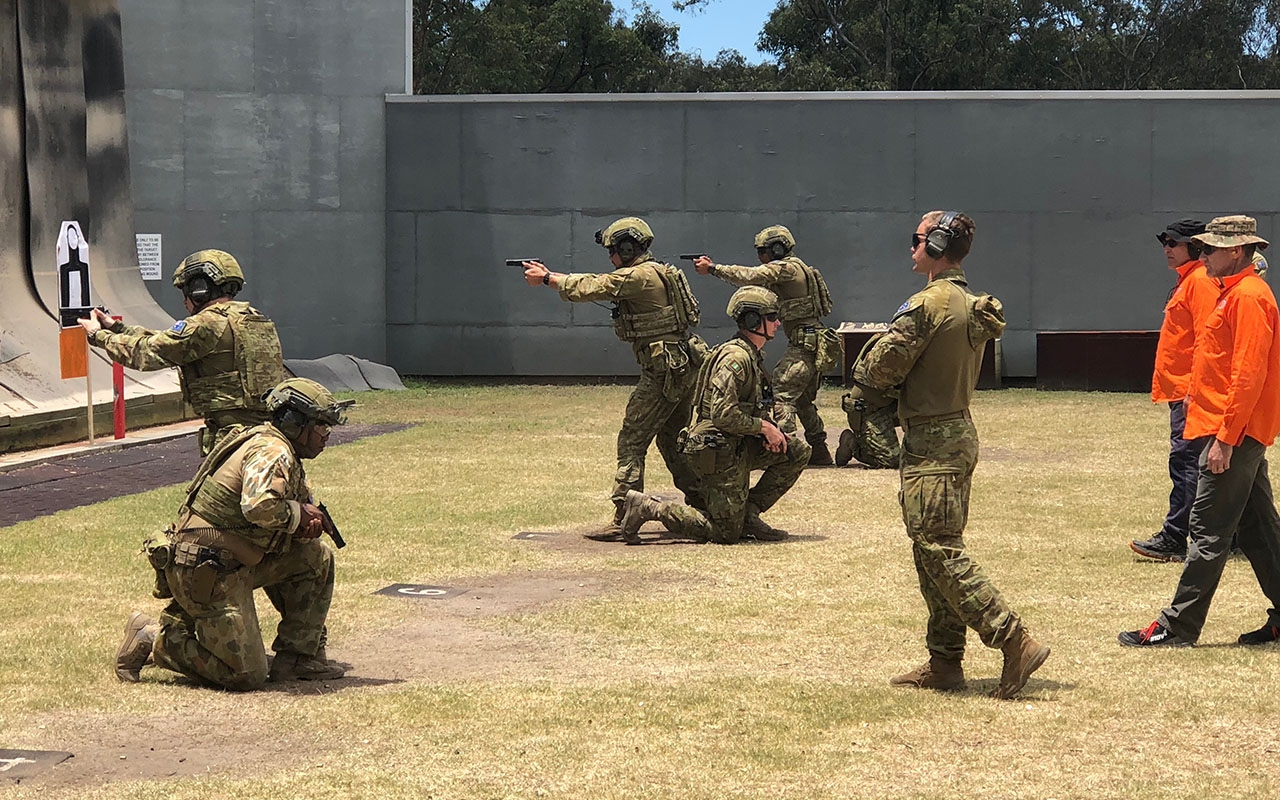 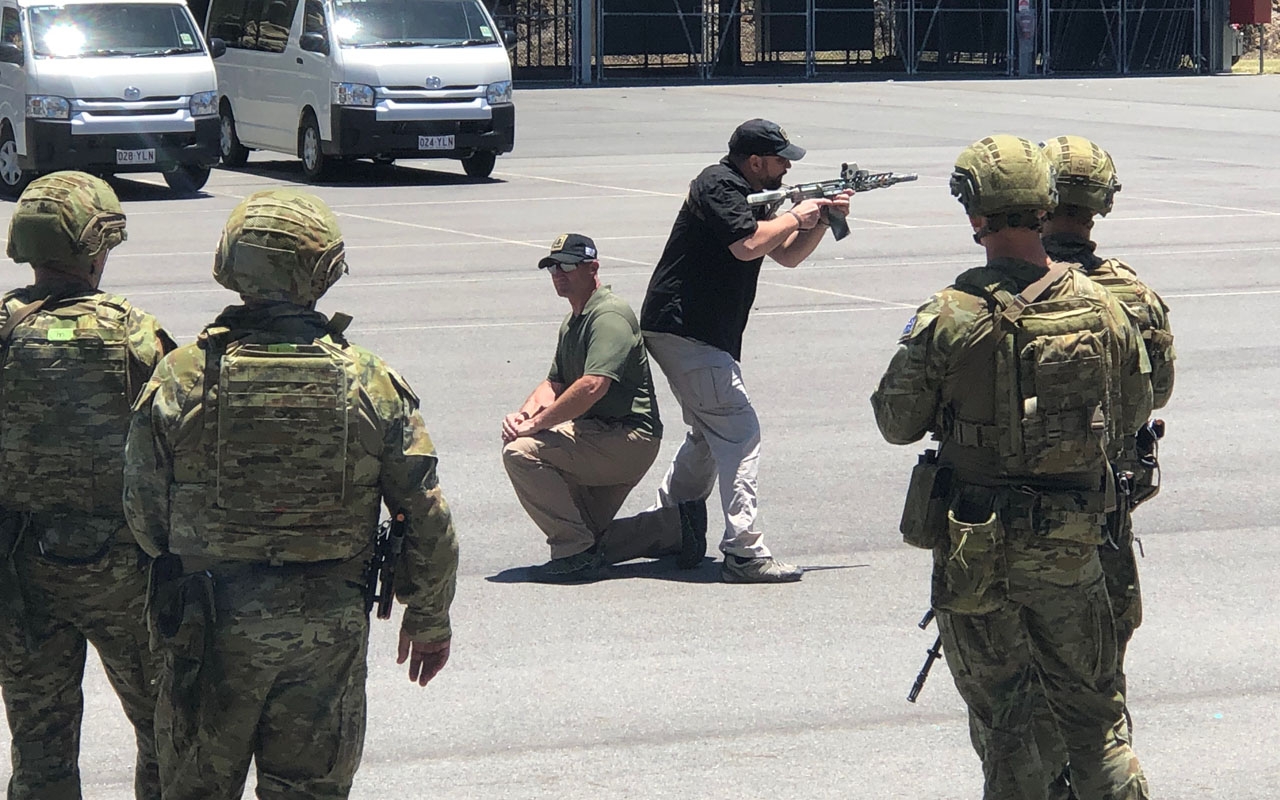 Kinetic Fighting first delivered its ICB courses — then known as Individual Skills Enhancement Training, or ISET — for Army in 2016, to the 7th Battalion Royal Australian Regiment (7RAR) in Adelaide. This followed successful implementation of its Integrated Combat program into the School of Infantry two years earlier.

ICB began as a means of refining soldiers’ skill sets to meet the demands of specific deployments — a task initially slated for serving Special Forces (SF) members. However, with SF units too heavily committed in combat zones to take up a training role, the Australian Defence Force looked beyond its ranks. Kinetic Fighting’s seasoned SF operators, all with extensive combat experience, offered a ready solution.

“Employment of a company and trainers from outside of Defence for tactical training had never been done before in Australia,” said KEF Group Executive Assistant Steven Cale, also a former soldier. “But given the success of our Infantry Integrated Combat, and Paul’s history of implementing the Close-Quarter Fighting course while in 2 Commando, it made sense.”

Since 2016, ICB has expanded in scope to keep up with the changing demands of the contemporary battlefield.

“Since our first course we’ve introduced simulation training, added specialist tactical driver packages, cultural awareness and interpreter training using nationals from the region, training on red flags to violence and behavioural indicators, and of course the ACP training. That isn’t ICB but is now mandatory training for every single Army soldier and officer, regardless of rank or job role.”