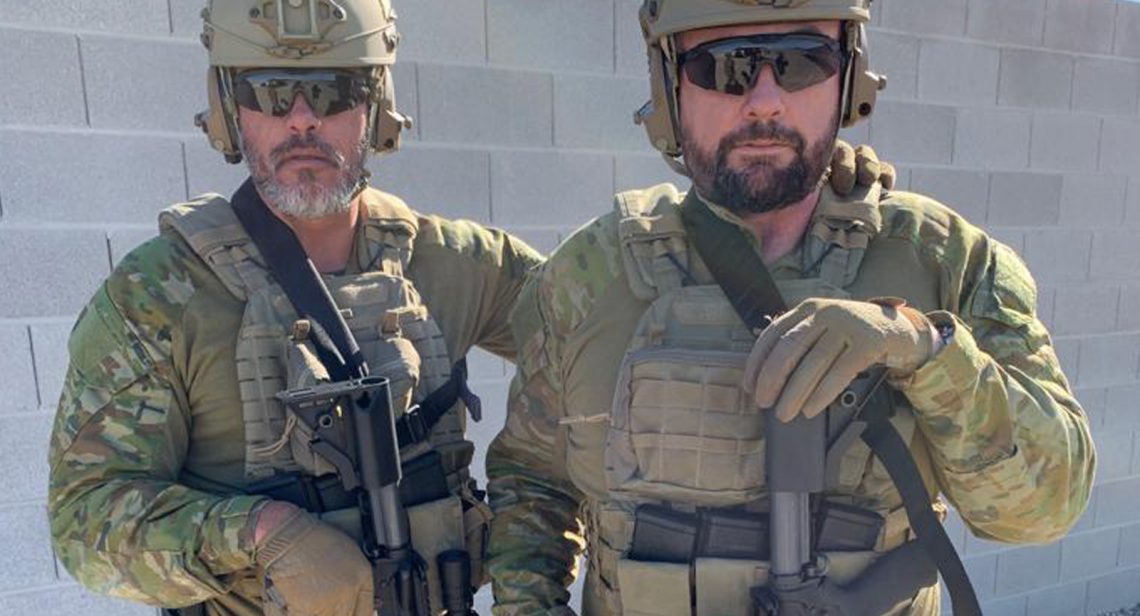 The pair had three days to test some of the newest tools in the Force Ordnance armoury, from rifles to ‘manual breaching’ tools (aka, devices for smashing through doors). Capturing the action at the Frontsight range was the film crew that’s behind some of the internet’s wildest firearms-testing videos.

Force Ordnance Project Manager Mark Nicholson was also on hand to help direct the action as Dewar and Cale ran through close-quarter combat (CQC) drills, Extreme Close Shooting and, of course, door breaching. With the buildings on the range lacking doors, the crew brought in steel ones and had them fitted specially.

“We used hand-held breaching instruments like tactical sledgehammers and mini rams,” said Cale, who retired from Special Forces in 2013. “It was like being in the army again, just 50 years old… My body’s saying, ‘I thought we stopped doing this shit!’ I had a lot of bruises later and I don’t even remember how I got them.”

Utilising the entire system of tools from Force Ordnance, Cale’s and Dewar’s joint mission was “to contextualise how the equipment would perform during realistic training scenarios for Australian Soldiers,” said Nicholson.

“Kinetic Fighting is now the preferred tactical trainer for Force Ordnance, so we use our particular expertise to demonstrate and test their latest equipment in a tactical environment,” Cale explained.

Although Frontsight’s range buildings are designed for tactical firearms training, they weren’t quite ready for what the ex-Commandos and Force Ordnance threw at them. The Australians used live fire in their scenarios and while their grenades were non-explosive, the weapons’ capabilities were evident in the damage when the dust and smoke cleared.

“We spent days shooting suppressed weapons like the Maxim 9, mini grenade-launchers, LMT rifles — all top-notch quality,” said Cale. “The thing is, the buildings had no bullet-catchers; what was stopping your bullets were big piles of dirt [behind the buildings], so you had to make sure you didn’t shoot too high.

“I was putting holes all through this house… I fired a grenade launcher and the hard round went through three walls, and still bounced over and smashed the window of a car parked at the range!”

“Paul and Reece were both extremely professional — and much less demanding than actors!” he said. “Our manufacturers and camera crew got a chance to get up close and personal to see how the Australian Army would utilise this system, and potentially see any future improvements that could be made. This was essentially a microcosm of what we’ll see once KEF Group begins to utilise our tools with Australian soldiers during training.

“It will also enable Army to think laterally about how they can refine their SOPs/TTPs [‘standard operating procedures’ and ‘tactics, techniques and procedures’] using different or less equipment, while providing them with an overall greater capability.” 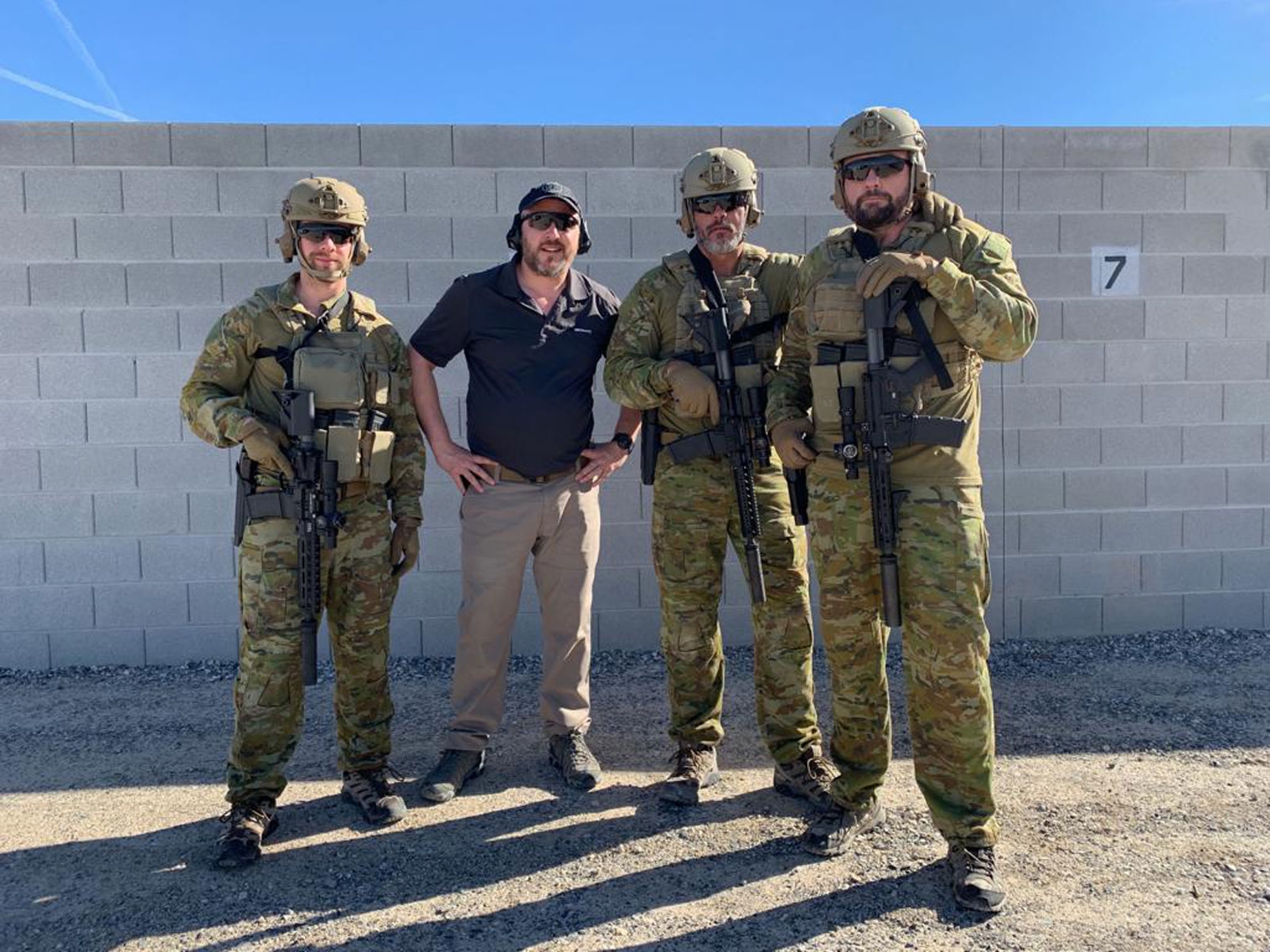