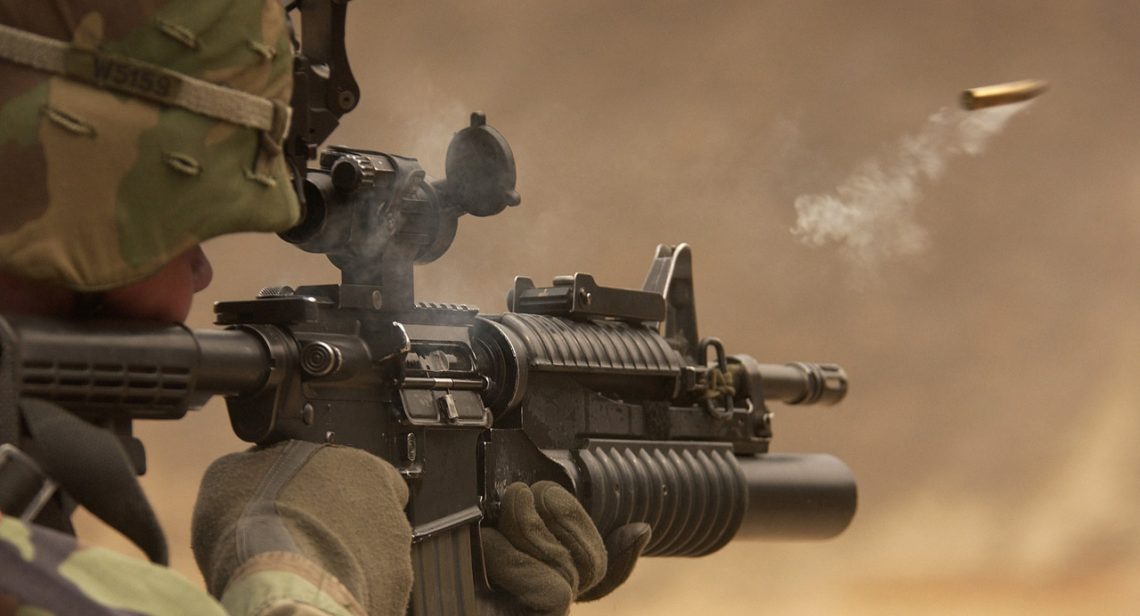 Facing your fears and doubts in training is a must, and the influence of skill on successful fear-control shouldn’t be underestimated.

Fear and doubt. These emotions are very closely related, and each tends to feed the other. So much so, it can sometimes be hard to tell where one ends and the other begins.

The late Bob Marley once said, “You never know how strong you are until being strong is your only choice.” When I read this quote, it made me think back to my first flight into Afghanistan. I’d spent my entire adult life training for the battlefield, and yet, as we flew in, I was still consumed by doubts about the unknown. Not so much the unknown of the pending combat tour, but what I perhaps didn’t know about myself. How would I react under the immense stress imposed by do-or-die operations in a full-blown war? Had I been put under enough stress in training? Had I been tested to the point of failure and beyond?

The answer turned out to be yes, I had — but this hindsight was of no help to me then. Instead, what got me through these moments of self-doubt was that I’d learned to be ‘comfortable with the uncomfortable’. Testing yourself under stress, with a fair chance of failure at every turn, day in and day out, makes you ready for anything. Even the battlefield. While there is mayhem around you, you can keep your thinking on task: methodical, calculating and decisive. Your lens on life may be constantly getting knocked around, but you learn to consistently and quickly pull the focus back on to what’s important. You also have to refocus, repeatedly, from a microscopic to macroscopic view of your situation. This is vital to act effectively when your options on the ground conflict with your mission goals and priorities.

In the heat of any battle, though, getting a broad view is difficult. Unknowns, by contrast, are almost guaranteed.

The unknown, if you can’t become comfortable with it, is like rocket fuel for your fear. And fear is the enemy; it is crippling, it generates doubt and it is erratic. Therefore, the first foe you must conquer on any battlefield is yourself. Your fears are yours and yours alone. Others may have fear caused by the same situation, some may not; but regardless, their fear is not your fear.

To illustrate my point above, I’ll revisit one particular battle my unit and I fought in Afghanistan. I was on overwatch duty on the roof of a compound when we began taking heavy fire from the nearby hills. I noticed that one of our soldiers, who had been making his way up the ladder to man a nearby heavy machine gun, had now taken cover and was pressed up against a wall. Seeing this, I ran along the roof under fire to take over the machine gun post. Once in position, I looked down to see who it was that had taken cover, thinking he may have been wounded trying to get to the gun. It turned out to be a combat engineer, who was working with our 2 Commando team in a support role.

The engineer later told me that he thought I was crazy to have done what I did, and that he admired my courage. I replied that I thought he was equally crazy, and brave, to be digging up the IEDs (improvised explosive devices) that the Taliban laid wherever we went. His was a job I’d rather never do. Every day that we were ‘outside the wire’ (meaning, beyond the relative protection of our base), while I was trading bullets with the enemy, he was playing ‘chicken’ with their buried bombs. We both laughed. Even though either activity could get you killed quick smart, we each had a completely different perception of what was fear-worthy.

The story above offers an extreme example, but it shows that, for both of us involved, fear was based in the unknown. I’m not talking about an irrational fear of anything unknown, of course. Nor am I saying we had zero understanding of each other’s tasks and the related dangers on which our fears were based. After all, he’d been shot at before, and I’d had IEDs blow up around me. The ‘unknown’ was to do with capability; we didn’t have that deeper knowledge of each other’s task, nor were we sufficiently conditioned to the relevant stimuli to accept it as routine. My job wasn’t to go digging up bombs, and his job wasn’t to be having gunfights. As a result, when facing these dangers outside our respective areas of expertise, we both lacked that higher level of confidence in capability that enables a fear to be overridden.

Now, that doesn’t mean that we both weren’t able to control our fear and act in spite of it. We’d been trained to accept the uncomfortable, as I mentioned. And we knew how to mitigate the physiological effects of fear, using various means such as combat breathing (a vital skill in its own right). It simply meant that our fears of each other’s particular task would be a bigger challenge to overcome than those fears we knew intimately.

It’s important to note that when paired with a lesser capability in dealing with the task or situation at hand, the effects of your fear — on clear judgement, fine motor-skill application and so on — could also be of greater consequence. Lack of confidence feeds fear, but in turn that fear can erode confidence, as well as the physical skills that underpin it. It’s the proverbial vicious circle.

This is why skill kills fear. And a lack of skill just kills you.