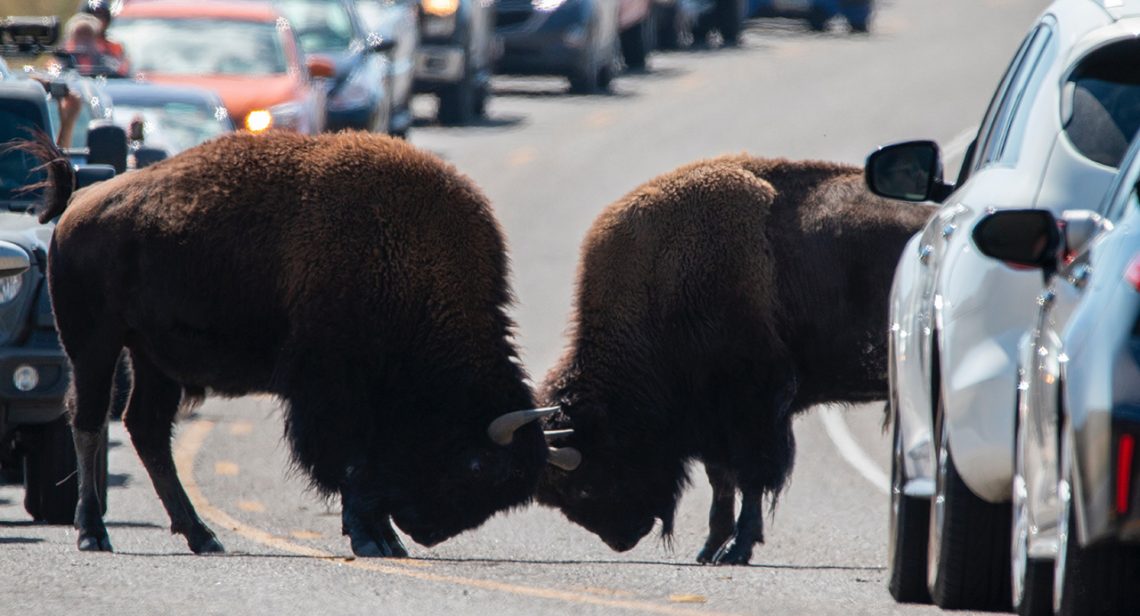 BEWARE OF THE ANIMALS

We humans are ultimately animals…though some more than others, you could say. Our best self-defence skill is realising the foolishness of aggressive posturing, to avoid getting involved in ‘alpha male’ disputes.

Having trained in martial arts for most of my life, I’m always interested in seeing how different combat systems or martial arts train to deal with any given type of attack, and different forms of violence. A lot of martial art practitioners share this same curiosity; we’re keen to know, how similar is it to my solution? If it’s different, why is it different — what’s the reasoning behind it? And is that a true representation of that system’s stated doctrine, or more a result of the demonstrator’s interpretation?

Whether we are fulfilling a professional curiosity, as I am, or are simply interested in comparing the response of others who find themselves in the same situation, we need to clearly frame our assessment. That means not just asking ‘why?’ but knowing why it is that we’re asking. What is our desired ‘end state’ in countering this attack?

This helps us to separate the technical from the tactical, and both of these from the behavioural. How we behave in the face of impending violence, based on our emotional and physiological reactions to a situation, will have a profound effect on how — or even whether — we apply our trained skills.

Now, defence against violence is something different to defence against a specific ‘move’ or combative technique. Violence is more about intent than ability. It must not be taken lightly or underestimated, as the repercussions of failure are unpredictable and always potentially life-threatening.

Anyone with a basic understanding of violence has likely heard the term ‘adrenaline dump’. This refers to our physiological response to any threat we determine as real (whether it is or not). That release of adrenaline catalyses the brain to drive an immediate action for survival. The familiar term for this biologically hardwired response is ‘fight or flight’, suggesting that our brains narrow down the choices of action to just two options. However, it’s a little bit more complicated than that: we have other innate behavioural responses to violence, including ‘posture’ and ‘submit’.

Often, when two men fight each other, even in a street situation, they tend to be posturing with each other in the hope that one will submit before the other. When I talk about submission, I’m not talking about ‘tapping out’ in the literal sense. I’m talking about submitting to the dominance of another male. This could come in many forms, for example:

These are all examples of submissive posturing. There are many others to be seen in both the human animal worlds — and the same is true of aggressive posturing.

Aggressive posturing comes in many guises but these share a common thread. Male rattlesnakes belt their tails together to try to force each other into submission — there’s no need to rip into each other with fangs and do potentially fatal harm. You don’t need to watch many wildlife doco’s to discover that nearly all species — whether mammal, bird, reptile or fish — have similar ways of working things out. Mammals capable of standing on their hind legs, such as bears, gorillas and even our own kangaroos, behave in ways that look remarkably similar to humans when posturing. (Case in point, this annoyed roo…although it looks like he needs to work on his boxing.)

In most cases, this behaviour causes short-term harm rather than the death of one competitor. A death would not be consistent with their aim: survival of the species. It makes no sense for two strong males of a species to die when all they are doing is working out which is the dominant male (and therefore who gets to mate).

Humans naturally display similar behaviour. The problem is, we also add drugs like alcohol to the mix — then things get pretty ‘unnatural’ pretty quickly…

With humans, alcohol is often the catalyst for posturing and, because their sense of reason is affected, people (especially men) tend to do unreasonable and unpredictable things in these situations. It is unreasonable to be in this situation at all, and unpredictable due to the effects of alcohol. This is what makes a street situation so dangerous: we don’t know what drugs are influencing an individual or group, and to what extent. Hence, posturing in such a potentially violent situation is generally very, very dangerous.

Non-drinkers can skip this part…but for those prone to downing a few cans of ‘Confidence Ale’ and being unafraid to let the world know what you think, don’t leave it until those moments to start considering the potential consequences of your actions. That’s the nature of alcohol and our physiological response to it; just like adrenaline, it changes our behaviour. It can change it in ways that are both positive and negative, depending on the situation, the person and how much of it they have in their system.

So, knowing this, the time to best consider how you want to react to some posturing idiot in the pub, is not when it’s happening. We must already know where our moral compass sits and be certain of our true priorities, so that our responses to aggression can be geared toward these goals from the outset. Most won’t need more than a few seconds of introspection to decide that protecting their ego is not as important as protecting their family or achieving their career goals, for example. Both make getting home in one piece the top priority.

I’ve often said that we must understand our true capabilities and limitations in order to act effectively against impending violence when impaired by fear (i.e. adrenaline). By the same token, it’s also wise to ask yourself, ‘Does my confidence when I’ve been drinking reflect my abilities even on my best day — let alone when my body and brain are both impaired by alcohol?’

If you answer these questions now, when you’re clear-eyed and straight as a die, it may cause you to rethink how you act when out on the sauce. And in light of that, you might also reassess how many drinks you can realistically put down the hatch before your ‘posturing risk potential’ hits the red needle.

To understand the danger of violence, you only need to look at how governments prepare their police to deal with it. Police patrol in pairs and groups, armed with protective vests, chemical sprays, tasers, batons and firearms. They also have radios to call for support from other units, including some that use special weapons and tactical systems.

So, wouldn’t it seem unwise to freely enter into a violent situation unarmed? To think that the ‘defence against a knife-thrust technique’ is reliable defence against violence is naïve and potentially fatal. By being in numbers, wearing uniforms and having the law on their side, police engage in a form of posturing when dealing with a potential threat: they want that potential threat to submit to the law. However, if that threat becomes violent, the police have the equipment and numbers to deal with it. There is just no comparison between the life-support elements that police officers have at their disposal, and those available to unarmed civilians — even those with martial arts training.

I am not fear-mongering here; in fact, the threat of violence is relatively low in Australia as a general rule. But if you posture with others in the street, thinking that the consequences are negligible, you’d be very wrong. If your opponent does not understand posturing, or will not risk it for whatever reason, you may find yourself stabbed, shot or bashed by them or their friends. Or you might meet a ‘paper tiger’ whose fear response to your reactive posturing is simply to ramp up their own — forcing you to act first for self-protection. Suddenly, the guy who hit his head on the pavement after your lights-out punch is the victim. Who cares if he started it; according to witnesses, you escalated the aggression and threw the first shot, didn’t you?

If you’re going to use posturing to your advantage, it should be the hunting posture, which is only required when ‘shit gets real’. Save your fighting for the sporting arena where it’s fun, it’s fair and it’s a real challenge worthy of your time and effort. Let your training lead you away from violence and to more positive interactions, not into the realm of the animal.