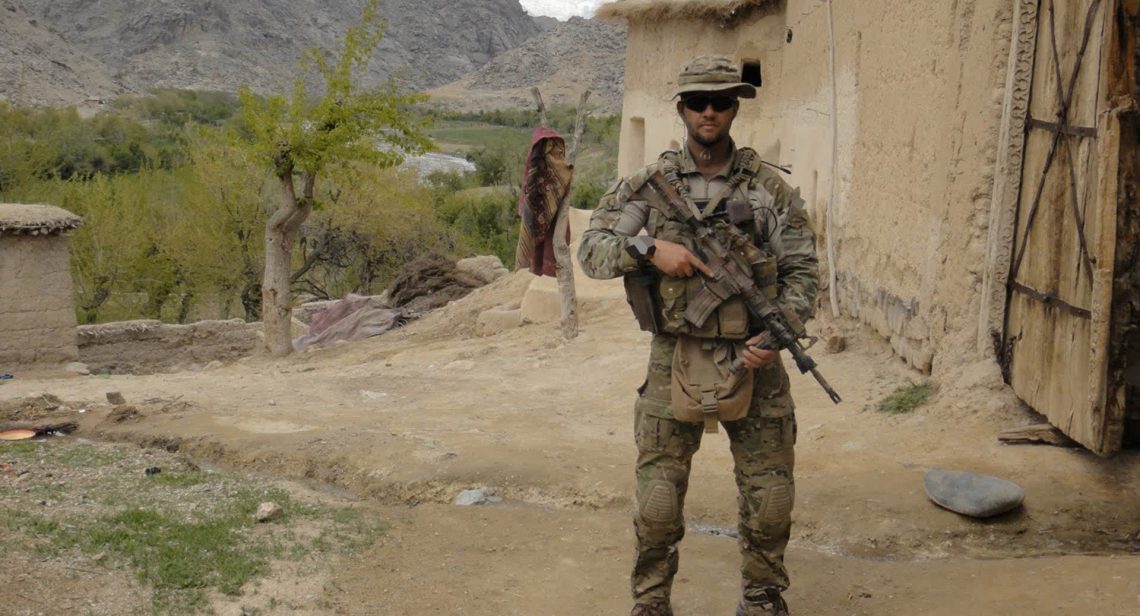 A sensei is more than a teacher, and may not only be found in a dojo. The late Commando Sergeant Brett Wood MG DSM, recipient of the Medal for Gallantry, filled such a role for many, including Kinetic Fighting CEO Paul Cale. On the 10th anniversary of Wood’s death in action, Cale pays tribute to his friend and mentor.

The word sensei is generally translated as ‘teacher’, but that definition doesn’t do justice to what a good sensei does for those within their circle of influence. Sensei is literally ‘one who has come before’ — so to use the term ‘teacher’ is not wrong, it’s just limiting. A sensei is a teacher but also a mentor, guide, advisor and, just as importantly, a supporter.

‘One who has come before’ means someone who has walked the path that you are now walking, so they know of its obstacles and challenges, and also of its rewards. They may not have finished their own journey along this path — a great teacher never stops learning, after all — but they have gone beyond the horizon that is visible from where you stand. Not to be confused with a sempai, or senior, who you can see a little way ahead of you, your sensei is already dealing with what is not yet in your sights.

I have had several such sensei in my life and their influence has been largely responsible for making me the person I am today. My sensei have not been restricted to the martial arts and combat sports, however; some have been soldiers I worked with during my army career.

One such ‘sensei’ of mine was SGT Brett Wood MG DSM (Medal for Gallantry, Distinguished Service Medal). He was, in fact, younger than me and held the same rank as I did, yet he was without doubt one of the important mentors in my life. Brett was tragically killed by an improvised explosive device (IED) during a combat engagement as part of the Special Operations Task Group in Afghanistan in 2011. He was one of the many friends that I and my country lost to that war, but he was also someone I personally looked up to. He had given up much of his time to develop my skills in areas that were outside of my strengths, when we were both Commandos working in the Tactical Assault Group – East (TAG-E). It is tempting to rely on our strengths when dealing with challenges ahead, but Brett’s example showed me the importance of being as well rounded as possible, and reinforced a golden rule of martial arts training: always remain a student.

Brett helped me thrive in the most time-pressured and demanding command position that exists for a non-commissioned officer (NCO) in the Australian Army: that of Emergency Action Commander. I remember my commanding officer once said to me, “You’re almost the best Emergency Action Commander I’ve heard… there’s only one better.” Immediately, I knew who he was talking about: “That’d be Brett Wood.” And he was right about Brett. I could not think of a greater honour than to have had my name mentioned in the company of my mentor’s. It was a testimony to how good Brett was in developing the people around him. I was not the only one, by far; Brett was one of those who all in the 2nd Commando Regiment looked up to. 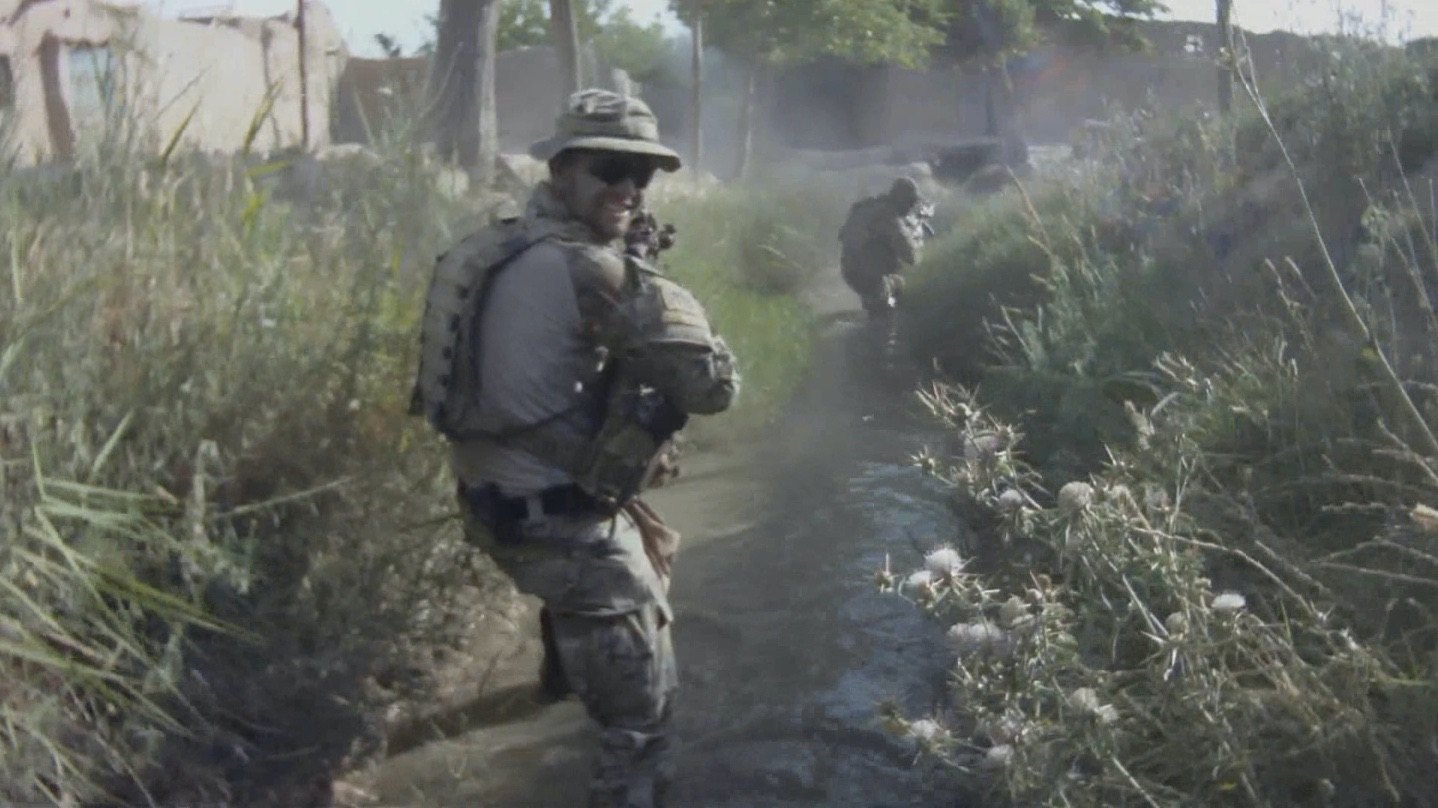 I remember the day I was told that Brett had been killed. I was training in the United States with US Marines on a specialist close-combat course when I got a call from a close friend, a sergeant in 2 Commando. He was training back in Australia when he got word from Afghanistan. I picked up the phone and he just said, “Woodrow [one of Brett’s nicknames], is gone, bro.” Those words hit me like a sledgehammer.

The impact his loss had on me and many others can’t be overstated. It’s the reason that another friend of Brett’s and mine from the unit, Jamie Zimmermann, recently orchestrated a tribute to Brett through the Life on the Line podcast (episode #107, Brett Wood) for the 10th anniversary of his death — 23 May 2021. I was honoured to be among seven soldiers and several of Brett’s family and friends to retell stories of his contribution to our lives, and to the legacy of the Australian Special Forces.

That impact is also eloquently described in Jamie’s book, The Promise (a reference to a promise he kept to Brett after his death), which he released a few years ago now. Here is a direct quote from its pages:

By both measures, Brett was a true leader. The citation for his Medal for Gallantry (read it in full here), says it all:

“Corporal Wood’s actions on the 17th of July 2006, as a Commando Team Commander during Operation PERTH, were testament to his leadership, fortitude and sense of duty to his team and the platoon. His determination to continue to lead his team during the battle in extremely hazardous circumstances, despite being wounded, ensured that the Commando Platoon regained the initiative and contributed significantly to a decisive victory.  His gallantry and leadership in the face of the enemy has been of the highest order…”

Yet, leading from the front was only part of what made Brett a beacon for so many others to follow; there were aspects of his character that enabled him to connect to everyone. As Jamie describes in his book, “Brett was a likeable, affable, funny man who could make you feel very special when you were in his charisma zone. A few beers at the pub with Brett was a funny night. But on a battlefield, he was all action.”

This quote from Jamie’s self-discipline lecture series — reflecting on how decisiveness, and owning the decisions we make, build depth of character — also offers further insight into why Brett was so highly regarded and successful as a soldier:

“There is a conscious moment when an internalised thought becomes a choice between one or more actions. You do it or you don’t. Therefore, each action comes with consequences. The impacts reflect back to the influential factors that contributed to the choice, be it your character, belief system, or the task at hand. To me this is only the beginning to developing character, managing setbacks and having the resilience to pick yourself up and keep going.”

A sensei is one who helps you develop character in this way. They do it by mentoring you along your chosen path, and supporting you during your downs as much as your ups. Who is that for you? And are they be found in the dojo, or elsewhere? If you are fortunate, it will be both.