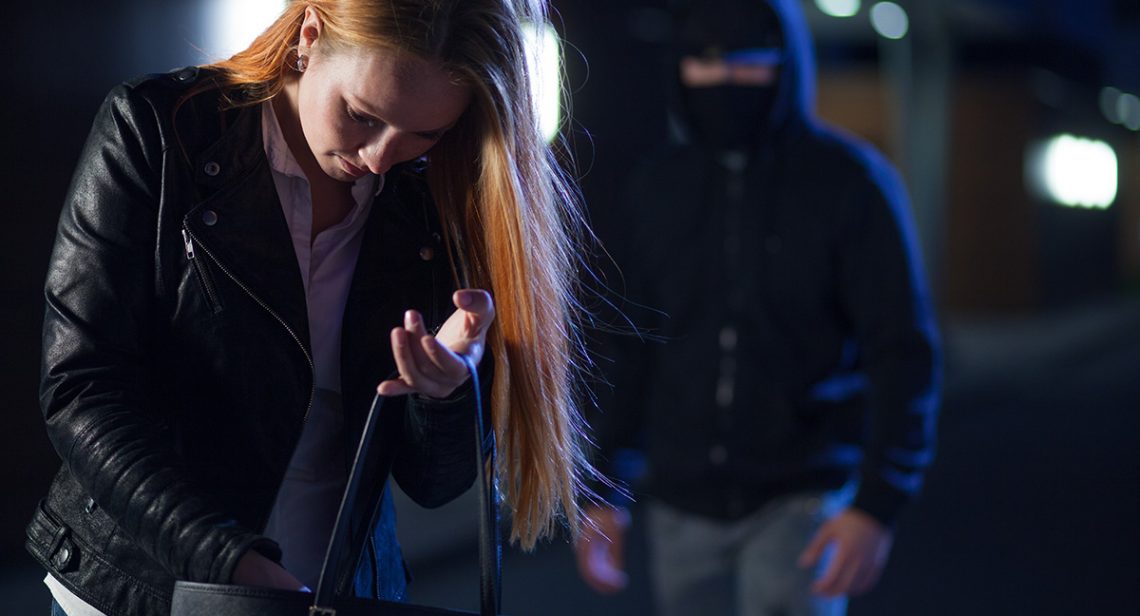 WOULD YOU SEE IT COMING?

When victims of seemingly random violent crimes are asked to make statements about their attacks, there’s one response that’s all too common: “I never saw it coming.” Unbeknown to these victims, however, there are almost always observable key indicators of violence before an assault happens. Mathew Wann, author of ‘Predicting Violence – How to Interpret Nonverbal Cues’ explains how to start spotting them…

The indicators of impending violence are exhibited in offenders’ nonverbal behaviours as they interact with others and their environment. Nonverbal communication accounts for 60-to-70 per cent of all human communication, so it stands to reason that we can decipher a person’s true intent by correctly observing and analysing their nonverbal behaviours within the context of their surroundings.

With that said, it is difficult to understand why the martial arts and self-defence industry, by and large, ignores this area of behavioural science and focuses almost entirely on physical responses. The fact is, most people have neither the physical capacity nor the time to become proficient in physical protection measures. But even if you are highly skilled in self-defence, your physical response may be impeded by your situation in any number of ways. You may be injured or ill; you might have your hands full with bag-loads of shopping; you might be with a loved one or children who need to be protected. You get the idea. The world is not your dojo. There are so many situations — none of them unusual in the scope of everyday life — that would put you in the proverbial ‘wrong time, wrong place’ to effectively engage with a potential threat.

On top of all this, a violent physical response to a threat must always be our last resort, by legal (and hopefully moral) necessity.

So, with all things considered, it becomes clear why ‘pre-fight’ skills are much more important than ‘in-fight’ skills for the majority of people. Being prepared, or at least entertaining the notion that a threat may be present in the environment, allows you to increase your awareness of the nonverbal indicators that we humans consistently display.

Adopting the following three principles will increase your resistance to victimisation, regardless of physical capacity, by enabling you to better detect and respond to indicators of violence.

The first line of defence is knowing your environment. At first this might seem like a near-impossible task that could only be achieved by confining yourself to places you’re already familiar with. But that’s not the case. Most environments have a general and universal ‘behavioural flow’. For example, the behaviours observed at the Victoria Markets in Melbourne are echoed in marketplaces across the globe, be they in Florence, Bangkok or Baghdad. This environment is typified by people looking at and interacting with products and sellers for the purpose of acquiring goods or services. Similarly, you would expect to observe remarkably similar behavioural patterns in the patrons of cafés in Sydney, Paris and Istanbul. Patterns of behaviour — i.e. ‘norms’ — also exist in more threatening environments such as carparks, city streets and, of course, pubs and nightclubs, where people can be volatile and behavioural shifts toward aggression may be rapid.

So, if you know what type of environment you are in, wherever you are, you should have a reasonable expectation of what behaviours you should be observing. Then, when observations do not meet these expected norms, you know to adopt a combat mindset and remain vigilant. A difference in behaviour may simply indicate a cultural variation that needs to be appreciated (such as the correct way to eat or to order in a different country), or it may be a ‘red flag’ to a potential threat. Keep in mind, too, that the behaviour that raises a red flag may not come from a potential perpetrator, but the crowd. For example, you may see an alleyway that appears to be a convenient shortcut to your destination, but all the locals seem to be avoiding it.

Effectively knowing your environment, or at least having a model of the basal behaviour that goes on there, allows you to perceive threats that otherwise would have remained hidden. The following three red flags are generally universal in hostile environments:

In a world full of distractions, the potential to miss potentially lifesaving behavioural cues has never been higher. Every day you can observe people willingly increase their vulnerability and likelihood of being a victim of violent attacks by doing either (or both) of these two simple acts:

1) Using noise-cancelling headphones or having regular earphones too loud

2) Diverting all attention to the screen of a personal electronic device.

This is an increasingly common sight in both cities and suburban areas. Unfortunately, this behaviour impairs our most sensitive threat receptors: ears and eyes. Once you have dulled your ability to hear or see the indicators of violence, you have essentially done 80 per cent of the work for the attacker. You may miss the screeching of car tyres, angry yelling, a suspicious person intently staring or following you, bottles breaking, the footsteps of someone approaching you, or a change in a person’s behaviour from normal to aggressive. What could be an easily avoidable situation instead becomes an ambush due to your voluntary sensory deprivation prior to the attack.

The best defence in threatening environments is, without doubt, active and attentive observation. People who refuse to be victims remain observant during interactions with their environment. This does not mean maintaining constant vigilance — that would be exhausting and counterproductive. Being observant means being conscious of the data being presented within your immediate environment, which will alert you to any indicators of violence brewing. Referring back to the marketplace scenario, a deliberate scan of the people and behaviours present may yield completely normal and expected results. In this case, you now only need to refresh your observation to detect any significant changes to the baseline. However, if anomalies are apparent, further analysis is required. As an example, if you have observed two people constantly looking at you and turning away to talk, you have identified an anomaly. If you get up and move and their fixation remains on you, or they reposition so they can continue to watch you, they are a threat.

Similarly, remaining observant allows you to identify potential threats. For example, when parking your car in a carpark, you observe a person loitering for no apparent reason. Maybe they’re waiting for you to go so they can continue breaking into vehicles…or maybe they’re just waiting for a friend. If on returning to the carpark that same individual is there displaying the same behaviour, it should immediately alert you to a potential threat. Critical observations allow us to quickly and effectively assess potential threats so that we can avoid or prepare for violent attacks. A fundamental principle of ‘victim-proofing’ ourselves is knowing what to look for and when.

Being able to identify potential threats by interpreting the nonverbal signals in any given situation will mean nothing unless you have prepared yourself to act. This does not necessarily mean engaging in violent confrontation; being prepared requires a flexible and adaptable, multifaceted approach to dealing with potential and identified threats. Simple things that can be done to prepare yourself include:

Finally, always remember that an offer of help, whether it’s completely altruistic or predatory, is the result of that person identifying that you’re in a vulnerable state. If you are approached with an offer of help in loading your vehicle, for instance, the person offering has acknowledged that you are in a weakened state or compromised position (i.e. vulnerable) and require assistance. If you decline the offer and are met with persistent pressure to accept help, this is a critical red flag and it may require you to act if unable to remove yourself safely from the situation. You should never negotiate your ‘no’, as any concession given turns the situation into a negotiation. The seasoned criminal is often well practised in this, and may even engage you in a dialogue purely for distraction so an accomplice can act. So, recognise that their persistence after you have given a ‘no’ response is highly likely to be predatory behaviour.

The upshot here is that, even if you fancy yourself to be a fighter, the chances of you successfully defeating a threat physically are much greater if the real front line of your defence — awareness — is in place. And for everyone else, being skilled at spotting the indicators of violence is the best defence you have.

About the author: KEF Mission Specialist Instructor (MSI) Mathew Wann has more than 15 years of experience in nonverbal communication and behavioural analytics for Defence. As an instructor of front-line professionals, he gives first-responders and career combatants the tools to understand social and physical precursors to violence, and the dynamics of violent behaviour. Mathew has also helped athletes and coaches from various sports to gain a competitive advantage by interpreting unspoken signals. He is the author of Predicting Violence: How to Interpret Nonverbal Cues, available online through www.kineticshop.com.au