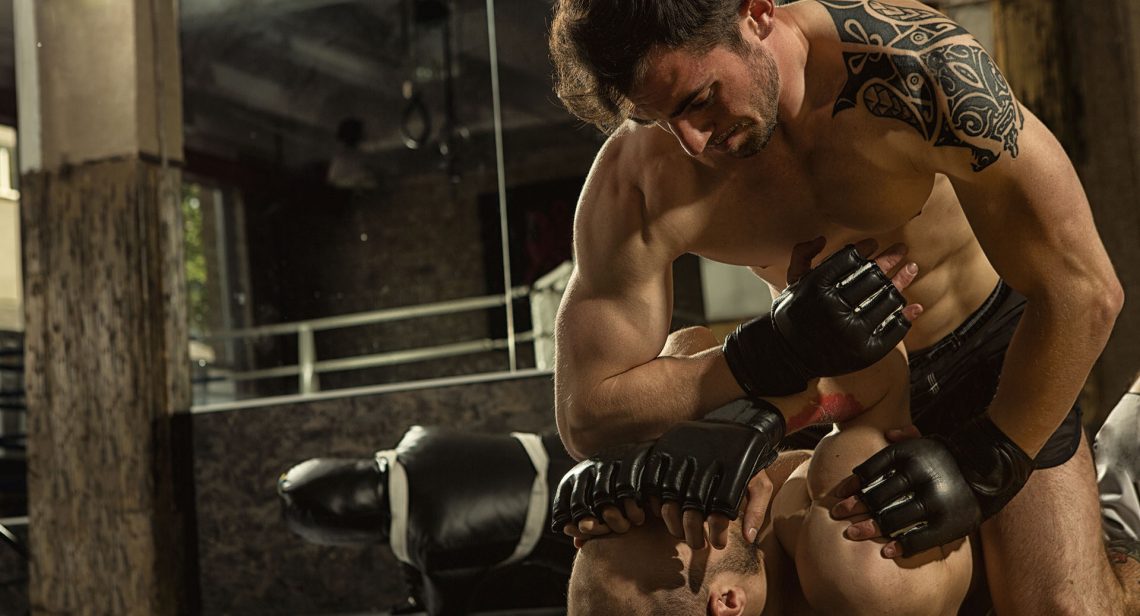 Conditioning your mind and body to cope with pain, injury, fatigue and fear is vital if self-defence capability is what you seek. But training should leave you ready for battle, not destroyed before the battle has even begun.

Common sense tells us that the closer we can get our training to the reality that awaits us, the better prepared we will be for the stress of the real thing. However, this is inherently hard to achieve. The paradox of honing skills for war, in particular, is that you must train to kill the enemy without actually killing anyone (i.e. your training partners, or yourself). This conundrum exists in similar form for all professionals in first-response or ‘front-line’ roles, and not only those who face violence. You can’t be an emergency surgeon without knowing how to properly incise a human body, for example. Yet you also can’t cut up healthy people. Nor can you just try your luck on emergency patients until you’re skilled enough to keep them alive.

For those of you reading this because you’re interested in self-protection, the training paradox is a little less extreme, but no less real. Yet while we can’t ‘solve’ a paradox (by definition), we can find effective ways to circumvent the problem. For guidance, look at what combat-sports athletes do, day in and day out: They work to replicate the physical and mental conditions experienced in a fight, without doing the same damage to the body. And if they fail in the latter aim, the effect of training becomes increasingly less positive.

I recall a great example of such a failure from decades ago, when I was competing in Kyokushin karate. There was a dojo that produced strong and skilled fighters, but they trained for competition in the same way they fought. They even replicated the conditions of a full-contact karate tournament. As a result, many of their fighters would inevitably be injured and unable to compete. Their injury rate was compounded by the fact that in training, they were all fighting each other! This made it even worse than a real tournament, where injuries suffered from going all-out will at least be split fairly evenly between competing teams. Instead, they were effectively knocking each other out of contention and saving their opponents the trouble.

So, what was achieved with this kind of training? The fighters had no doubts about what stresses that kind of competition could put on the body and mind, and they were mentally tough. That was certain. But, come ‘race day’, their bodies were too damaged to get to the starting line.

By the same token, if we trained this way in the Special Forces — with live fire — we’d have no soldiers left come time for battle. Testing our training partners to the fullest is mandatory, but taking each other out is madness.

While training that’s too damaging or traumatising is self-defeating, going too far the other way is just as dangerous. For example, doing only non-contact training would be even worse for a Kyokushinkai fighter. They’d have no idea of the stress that the body and mind must endure in competition, and would be setting themselves up for a battering. Being uninjured when stepping onto the mat would be of little advantage. When getting battered, a fighter’s confidence drops; fear and doubt can set in. Suddenly, they’re stuck in that vicious cycle and unable to even apply their well-trained skill sets. This mental shut-down may happen even before a physical one is ensured — and will likely make that end result even uglier.

So the answer, as is often the case, lies somewhere in the middle. It’s imperative that we find that middle ground (or, as the Buddhists say, always tread the middle path). We have to balance realism and safety in the same way that in the army we balance learning efficiency (i.e. time constraints) with capability in the field (i.e. operational requirements). This can require some creativity.

A Drill for Every Skill

In training people for any kind of combat, we need a mix of different drills and training methods. Some will be designed to train skill only, to develop muscle memory — or, as neuroscientists call it, skill memory. Being an ‘unconscious’ function and bypassing certain areas of the brain, this makes us fast and efficient. It also helps circumvent the effects of fear, such as the inability to think clearly, by enabling us to act without conscious thought.

We must also train to recognise cues for action, and practise the appropriate skills on cue. For example, a boxing trainer presents his focus-mitts as targets for his boxer to hit, placing them differently to elicit a jab, hook or body-rip, etc. Likewise, in combatives scenario-training, your partner might aggressively encroach on your ‘safe’ distance to trigger your Kinetic IA (‘Immediate Action’, for those unfamiliar with Kinetic Fighting fundamentals).

Skill training will also include techniques specifically for recognising and fighting fear, and its close friend ‘combat stress’. Using breath-control to slow heart rate is an important one. Ironically, this type of thing has been used by warriors of the East for thousands of years, and yet even though it’s now backed by Western science, it’s largely ignored by martial arts instructors.

Other drills may focus on specific aspects of a skill set or attribute, in order to experience these to the fullest. This may have to be done in isolation from other skills/attributes. Then, more drills will be required to integrate all the learned skills safely, so we can apply them successfully in the intended context.

The Art of Integration

Army training provides many examples of developing complementary skills separately before integrating them incrementally into a holistic combat capability. For example, soldiers learn basic shooting, reloading and weapon change-over skills. They then perfect them using live fire on a range. Next, testing for time and accuracy while coordinating movement with a partner, adds stress and further realism to their training. However, it’s vital that they also know how to shoot while being shot at. So those skills, along with others like tactical movement, are then pressure-tested further in live exercises using man-marking ammunition (paint rounds).

Related capabilities, like applying CQC skills after a weapon malfunction, are initially taught separately using replica weapons. (This is a key part of the Army Combatives Program, which focuses on integrating close-combat methods and weapons to meet a soldiers’ survival needs in all likely situations.) These too will be tested in the live exercises, such as approaching, entering and clearing a building. These well-planned scenarios force soldiers to confront combative opposition and apply the full spectrum of skills learned — but only once they’ve been sufficiently honed.

Looking again to combat sports, we find examples that are similar to the soldier’s process of learning the art of war, but more applicable to our self-protection training. Take a boxer: they first learn and practise their technique and combinations by punching thin air, shadow boxing. They then work on pummelling the heavy bag to learn how to apply power and follow-through to strikes in combination. They separately work the speed and floor-to-ceiling balls to develop timing with speed. They then apply these attributes and skills to pad work, responding to their trainer’s cues. This adds the ‘stress’ element of getting it right; not just for pride’s sake, but because the coach may whack the student if they drop their guard or launch the wrong weapon. This progresses to sparring — usually full-speed, but not always full-contact. Pressure, and pain, will be present without going 100 per cent. A well-coached boxer knows when they’ve made a mistake — and they’re more likely to remember it if they’re not rendered unconscious at the point of failure!

This is where good coaches and training partners are invaluable: they know how to push you to the next level without significantly increasing your risk of injury. They temper the ‘punishment’ according to your level of skill, resilience, health and fitness, so that you improve on all counts.

A Mind for Pressure

Stress inoculation — our best insurance against fear — is incorporated naturally or intentionally in some of the drills listed above. As the drills get more difficult and intense, and the consequences greater, naturally so does the stress we experience. However, stress inoculation at the higher levels, and with the necessary specificity to ensure success in the activity you’re training for, does require some replication of ‘the real thing’ (or as close to it as possible). For the boxer, this will be sparring with full contact over a set number of rounds, with an audience. For those of you training in KEF–IC, this would entail scenario training with fully resisting role-players. They might surprise you with unseen weapons, come at you in numbers or mentally unbalance you with verbal abuse before attacking.

That said, activities like full-contact sparring with minimal or no protective equipment are at the top of the training pyramid. And, as with the food pyramid, the things that sit at the top should be ‘enjoyed’ in moderation. We must face our fears in training so that we’re ready for the challenge we’re preparing for, but the training must be sustainable. Thankfully it can be, as there are many ways to create combat stress in training other than simply increasing physical impact and the threat of real injury. (Those who’ve done the KEF–IC Charlie module will know how useful these concepts are once weapons come into play.)

If we are to succeed despite the training paradox, intensity without injury must be the goal. The fact is, if you’re getting frequently or badly injured, you’re doing it wrong.