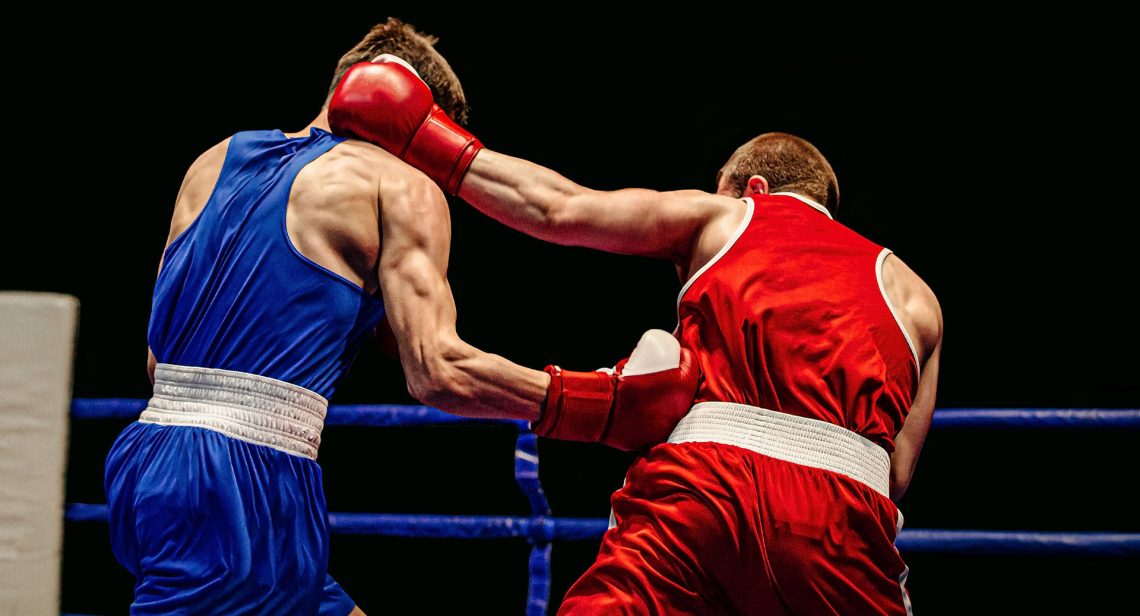 STEP OUT FOR INSIGHT

You may not see the similarities between your chosen training method and others, but testing your skills in a different arena can lead to gains you’d otherwise go without. Whether you love boxing or favour grappling, sometimes you just have to switch it up, or stagnate.

I really enjoy watching a good boxing bout. Timing, distancing, evasion, bobbing and weaving, along with sound ring craft…these things artfully done are a joy to behold. During my time coaching at the Australian Institute of Sports (AIS) Combat Centre, I was fortunate enough to see the country’s best amateur boxers in action.

Working with the various Olympic combat sports’ athletes and coaches, my role was to offer insight from beyond the spheres of their individual sports. And, in particular, to introduce principles and methods from Special Forces soldiering to enhance the testing and training of AIS athletes. In turn, I gained great insight into their thinking and the nuances of their sports and training protocols.

One such insight came about when I was overseeing the AIS Sports Draft for taekwondo, judo and boxing. (If you click the video link, you’ll spot me alongside my team from the 2nd Commando Regiment, giving the athletes an SF-style beasting.) It was after the Sports Draft candidates had finished their morning training session, and one of the boxing coaches brought his son in to spar with a world champion kickboxer. He was preparing the kickboxer for an upcoming boxing fight in Hong Kong, for which the fighter would have to take kicks out of his game and rely solely on his fists. The coach’s son could certainly help; he was already a seasoned amateur boxer who had fought all over the world at international level. Although recently retired, he’d lost none of his craft and only a little of the conditioning for which boxers are renowned.

The coaches asked if I would stay back and watch these two men box, and I was more than happy to.

The boxing coach began the session by developing elements of the kickboxer’s game. He set rules restricting the techniques and tactics of each of the fighters in specific ways, and set goals for each as well. One was allowed to use his leading hand to control distance and set up combination opportunities, while the opponent was to counter-punch using either hand. This gave the kickboxer great insight into how well (or otherwise) he used his hands. The two fighters rotated tasks into the next round and carried on, working through similar drills over several rounds before they were allowed to box freely.

What stood out was the boxer’s ability to simultaneously use his hands for attacking while his legs were defending. I don’t mean he was checking or blocking attacks with his legs, as you would in kickboxing; no kicks were allowed, after all. I’m referring to his ability to stay balanced on his feet while using angled movements and distancing to defend without the aid of his arms. This strategy allowed the boxer to use his arms to strike, rather than to cover up against attacks — a very important skill, since boxing allows you to only hit with your hands.

The biggest take-away for me was the boxer’s exceptional use of the ring area and the right timing so as to control the game. That’s ring craft. In the military, our ‘ring’ is known as the battle space. As you can imagine, that battle space can be enormous and is not restricted to the ground — it includes the ocean, the sky and even the sub-terrain (underground). The type and amount of battle space you would be concerned about, of course, depends on your rank and role. The overall commander breaks down the battle space and gives areas of responsibility to his junior commanders. In the end, just like the ring for the boxer, everyone becomes responsible for his or her patch of dirt. And, like the boxer and his coach, soldier and commander must take into account the elements of timing, distance and available weapons when forming and executing their strategy.

I am forever seeing the parallels between sport and the military. Also, having a diverse martial arts background, I’m always looking for the areas of crossover between one combat sport/art and another. In particular, to see where an element of one could be applied to advantage in another. Combat sports that limit the number and type of bodily weapons that you can use during the game, like boxing, drive fighters and coaches to investigate every possible element of that game so as to gain any kind of advantage. I don’t think that any other combat sport has developed ring craft to the extent that boxing has done, and the world champion kickboxer learned many lessons at the AIS that will have added to his already strong game.

For a similar reason, some of the judoka on the Australian team also trained in Brazilian jiu-jitsu (BJJ) on the side. I, too, have trained in both of these disciplines for decades, despite them being similar and from the same root source. To understand why, it helps to know a little of the arts’ histories…

Both judo and BJJ were offshoots of Japanese jujutsu (also spelled ‘jujitsu’ or ‘jiu-jitsu’), which was the overarching name given to Japan’s systems of hand-to-hand combat. These were used by Samurai in war, and in law-enforcement. Skip to early last century, when Jigoro Kano, principal of the Kodokan dojo, sought to develop his jujutsu into a sport. He wanted it to be widely practised, and to show the strengths of his culture to the world. The result was judo — less lethal and more narrowly focused than its parent art, but nevertheless a very tough sport containing set of skills that are still highly effective, even beyond the tatami (mats).

Meanwhile, another Kodokan instructor, Mitsuyo Maeda, travelled the world taking on and defeating fighters from a multitude of disciplines, before settling in Brazil and doing more of the same there. For reasons explained in more detail here, his Brazilian students (most notably the Gracie family) began to take the art in a different direction, focusing on the ground-fighting aspects for which they are now renowned.

So, while Kano and his judo students were busy refining the throwing skills of jujutsu, Maeda’s South American protégés were developing its ground-control potential and submission holds — albeit against fighters of all disciplines, not just other grapplers. Kodokan jujutsu therefore diverged and evolved into two new, distinct methods. Both judo and BJJ ultimately lost a portion of their parent art’s potent skills (particularly via the ‘gamification’ of each for sport), but simultaneously gave rise to countless other technical innovations and discoveries. This only came about from their intense focus on certain skills and ways of fighting.

As a result of their technical superiority in certain ranges and positions, judo and BJJ are feared by fighters, especially those who lack or are unfamiliar with their skill sets. And, as Mixed Martial Arts (MMA) competitions like the UFC have shown time and again, sometimes a fighter need only excel in one area to succeed. If he/she has a sound appreciation of their opponent’s skills and strategy, and patience to fight the battle tactically on their terms, such a fighter can still defeat an opponent with a more well-rounded skill set.

However, relying on too narrow a set of skills is a risk, even for the very best. That’s especially true in the UFC, where few techniques now have the advantage of surprise, as both BJJ and judo did when first introduced to no-holds-bared fighting. So it’s equally unsurprising — though perhaps still ironic — that many judo ‘players’ now seek to develop their ground game through BJJ training, and BJJ competitors do likewise with judo, to enhance their throwing. But, the advancements that both arts now benefit from have only eventuated because they went their separate ways, and people invested intensely in their specific areas of focus at the expense of others.

Be it boxing, BJJ, chess, or some other pastime (perhaps you prefer chess-boxing?), any activity that instils the ability to think tactically offers great potential for a person to apply it in all areas of life. And, when it comes to any form of combat, appreciating the breadth of skills and strategies out there (i.e. ‘knowing the enemy’) is key. It’s true that the human body can only attack and defend so many ways, but, believe me, those ways are nevertheless many.

So, to advance, we must be capable of both a broad and narrow focus, knowing the pros and cons of each. The AIS boxing coach used both at the same time, by bringing fighters from different disciplines together but also narrowing their focus on key areas with very specific drills.

This is partly why I started the first Army Integrated Combat Club (ICC) for the 2nd Commando Regiment at Holsworthy over 10 years ago. These clubs, which are now proliferating around Australian Army bases under the guidance of the Australian Defence Force Martial Arts Association (ADFMAA), provide training in multiple combat sports and martial arts. Not only does this appeal to the soldiers’ broad range of interests and backgrounds, it brings them together. This enables trainees to see the macro and the micro as they develop and test the required mental and physical attributes for combat success. This includes being able to identify and apply universal combat principles, such as those that underpin Kinetic Fighting and ACP.

So, look outside your own discipline for others that may specialise in particular elements of what you do (or want to be able to do). You may find that it will give you new insight into the way you train and apply your skills. As a result, you’ll also likely find that your game will progress at a much more rapid pace — and in a less predictable way, giving you a distinct advantage in your arena.